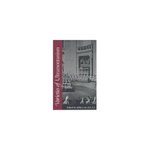 Explores the differing views of six ultramontane cardinals on papal authority. Ultramontanism, the belief that the papacy is and should be at the center of the Church, came to dominate the Roman Catholic Church in the course of the nineteenth century, and it is still a powerful force in the Church today. Most people assume that because it stands for centralization, ultramontanism is a uniform phenomenon. By looking at the careers of six ultramontane cardinals from different countries over the course of a hundred years from the middle of the last century, this volume argues that the character of ultramontanism differed from one national church to another. The most decisive factor in the different ways in which ultramontanism expressed itself had to do with the relationship of the Catholic Church to the state. By looking at the circumstances of the church in the various national contexts in which the subjects of this study found themselves, the authors are able to specify the varieties of ultramontanism present in the period between 1844 (the accession of Cardinal Johannes von Geissel to the See of Cologne) and 1945 (the death of Cardinal William O'Connell of Boston). The contributors also examine whether the tendency to impose doctrinal and disciplinary uniformity was an essential expression of ultramontanism, or whether it was time-conditioned and contingent-in other words, another of the "varieties" that ultramontanism assumed in certain contexts over the course of a century. - Publisher description